I’ve had a need for a necklace holder for some time now. I decided to take my necklaces out of the bead organization box they were in, and figure out a way I could display them…well most of them (I have quite a few…). I wanted something rustic/farmhouse-themed, and didn’t really have much money to spend on something. Then, I had an idea. When I take pictures of cards I place them on a backdrop made of several boards of weathered wood. One of the boards doesn’t look like the rest of them, and I always leave it out of the picture because of that. This was the perfect board for this project. I bought those weathered boards from Hobby Lobby a few years ago, though now the style is popular enough that they can be found in other stores too. The only other thing I needed were hooks to actually hang the necklaces. These were found in a pack of 100 for about 2 dollars at Home Depot. Some hardware stores actually have them loose for even cheaper, but I settled for the box.

The first thing I did was lay the hooks in front of the wood piece to see how many hooks I wanted and how far spaced they should be, then I marked a single black dot above each one. Next, I needed to drill some “prep holes” where each dot is, to make it easier to screw in the hooks, since it’s nearly impossible to do without that. Be careful when doing this, because I accidentally broke the drill bit about half way through (luckily it only cost a few dollars, but still). 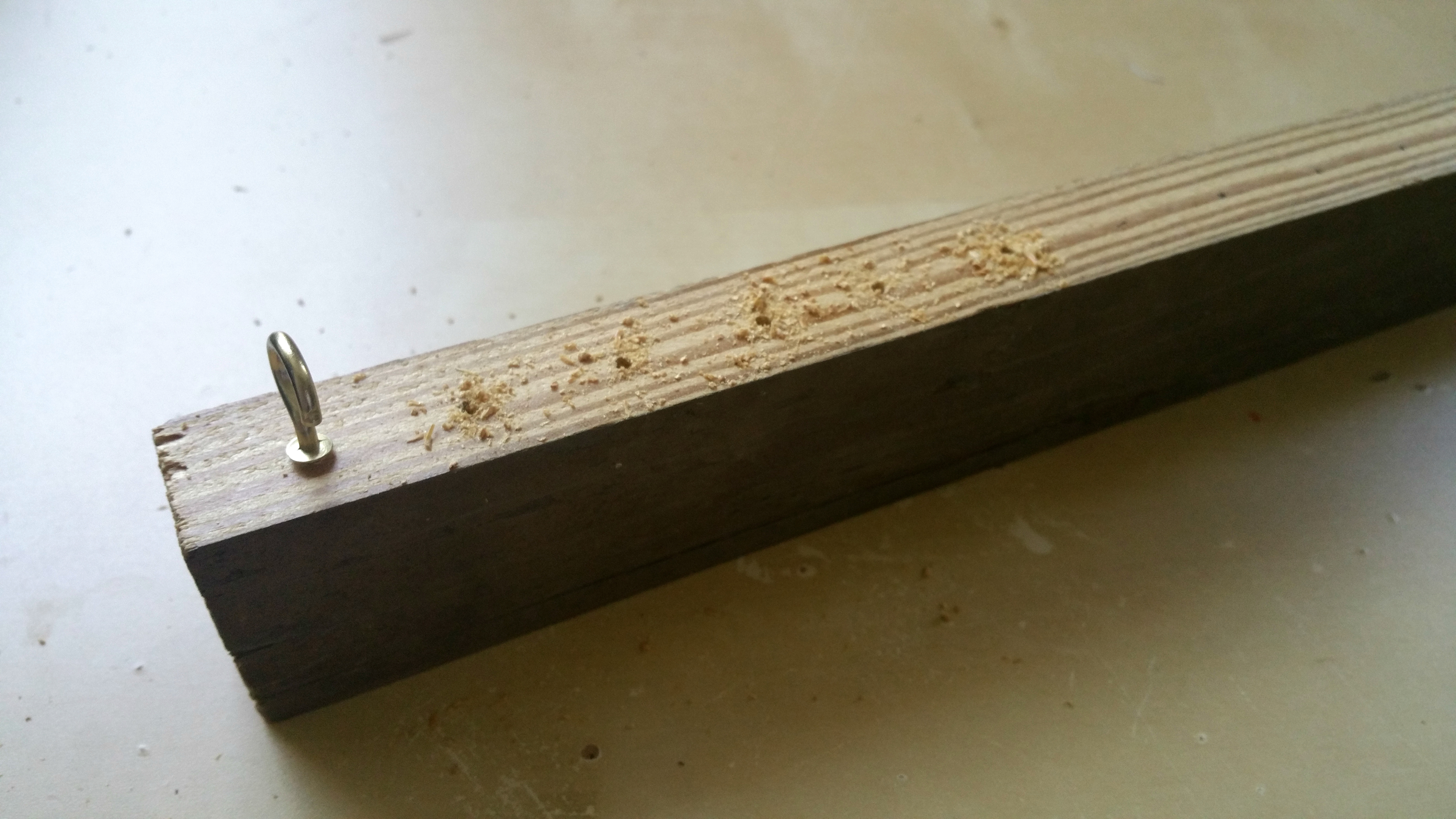 After the holes are drilled, I could then screw in each of the hooks. The first few turns were easy with just my fingers, but by the end I needed to use pliers. I hung it on our chest of drawers with Command Strips, but, someday when we’re not renting, I would like to actually attach it better to a wall. I really love how simple, and inexpensive, it was to make! And my necklaces look good on display, rather than kept in a box 🙂 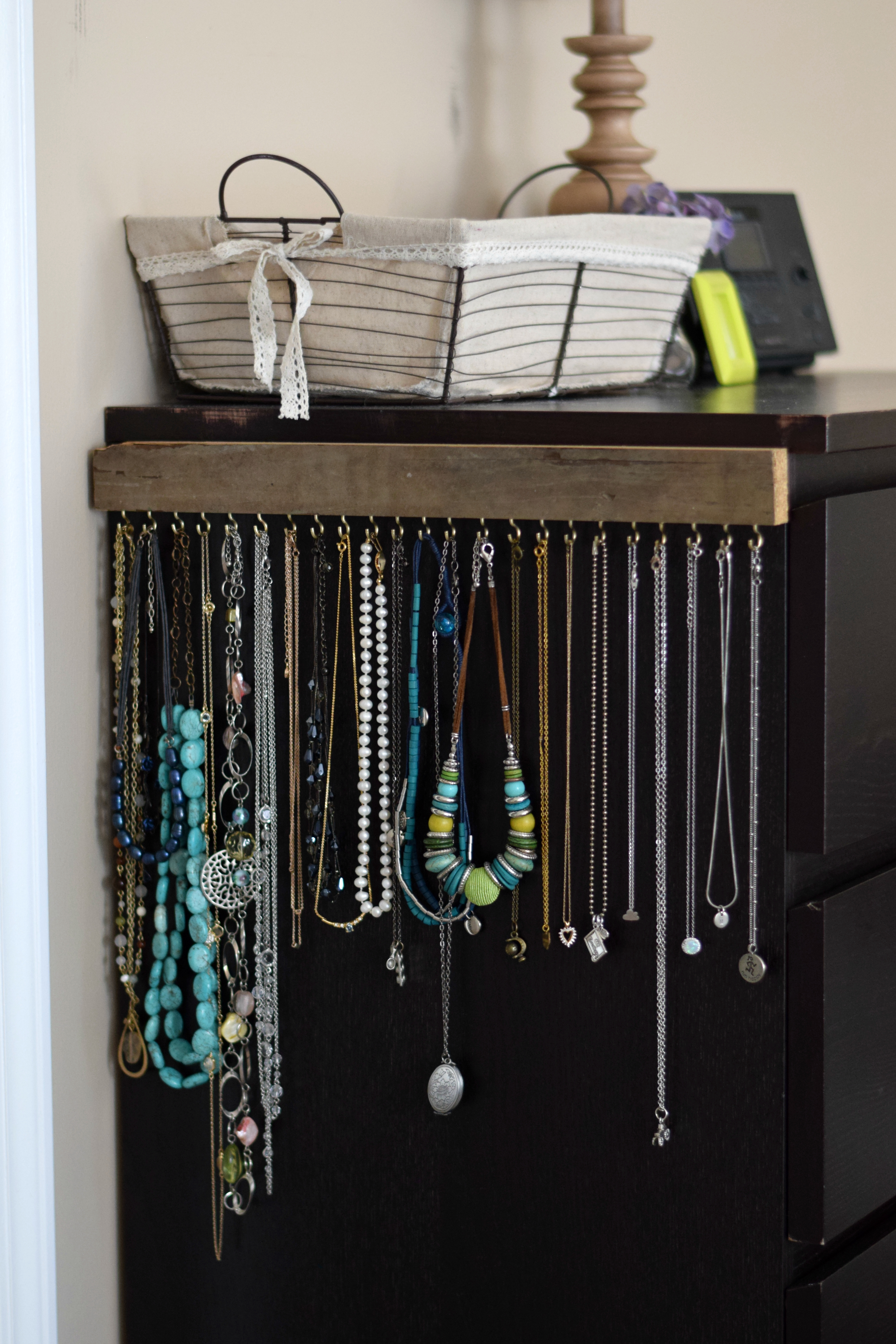 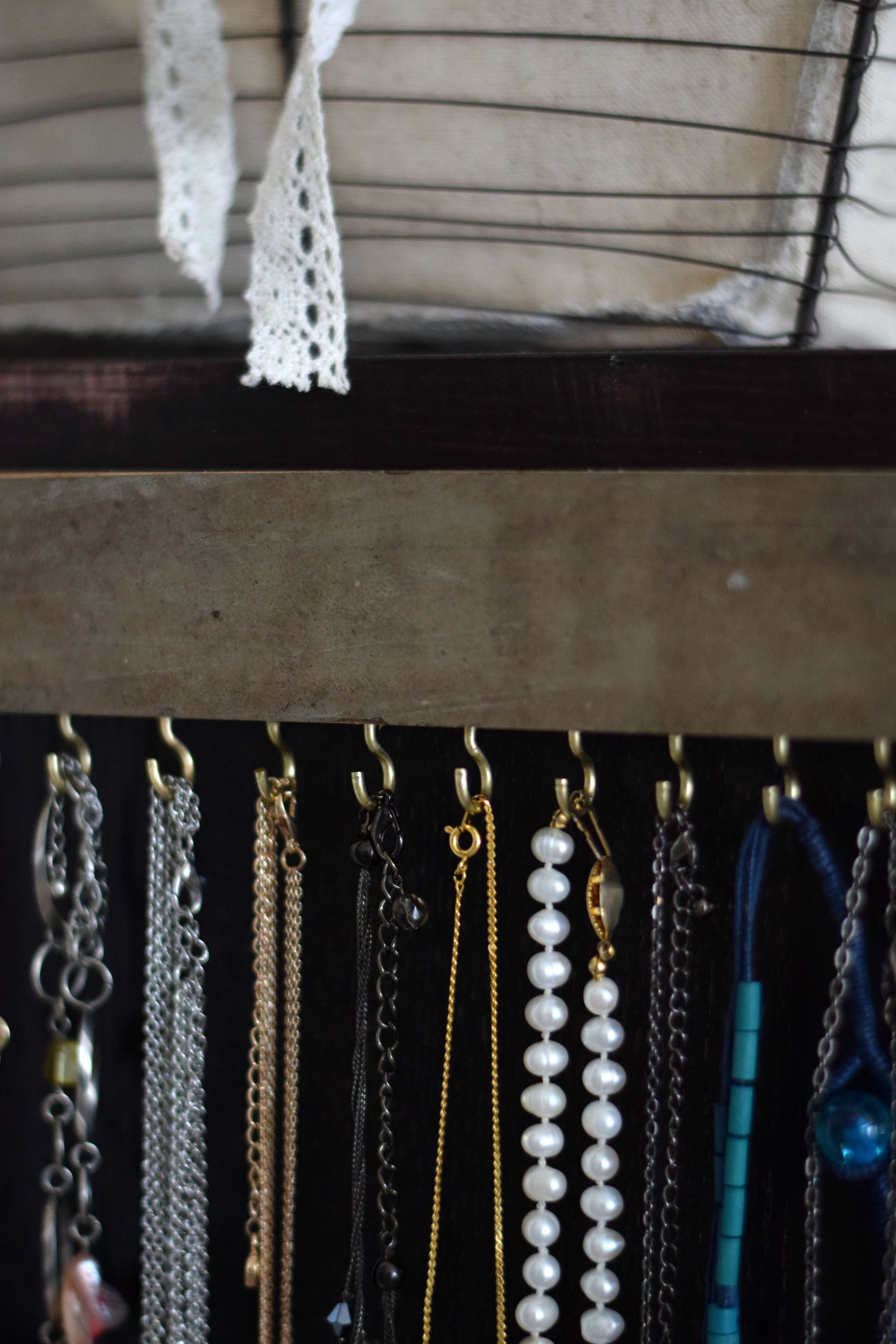 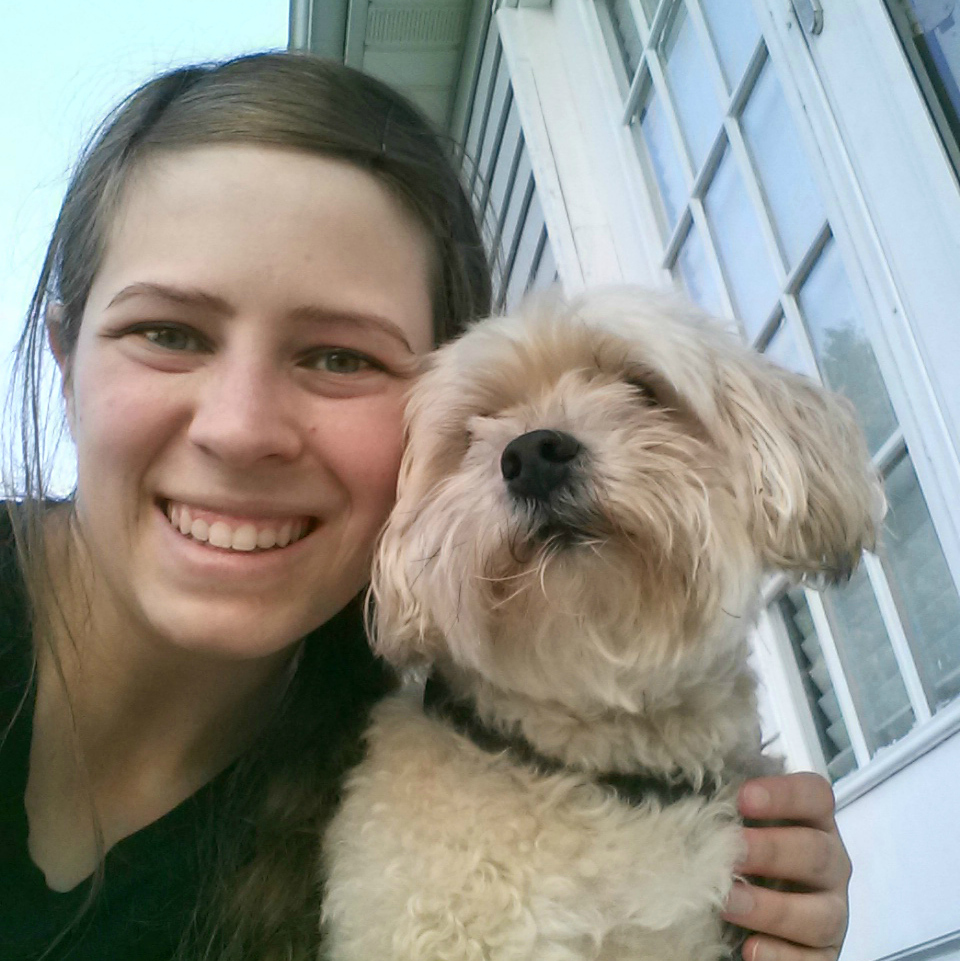